The search for a donor for Nick Glasgow Continues - We need your support!

The search to find a matching donor for Nick Glasgow continues.

We've also decided to use the banner graphic above on our future posts to further increase awareness, even for posts not specifically related to Nick. We want to welcome all bloggers (company or affiliation is no matter) to use this banner and to link it back to Mark's blog, where official updates will be posted.

As a part of the ongoing efforts, our creative videography department made this video so that others can listen to Len Devanna share Nick's story, as well as the inspiring story of support in folks getting tested for donor matching, even at EMC World!

Using Social Media to Save a Life -- And you can help! 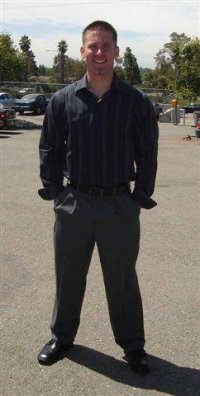 One of our fellow EMC family members is in dire need of your help. Nick Glasgow, a 28-year-old EMC employee in California who, in the span of just weeks, has been diagnosed with Leukemia and now is in desperate need of a bone marrow transplant.

Nick was a healthy 27-year-old when he came down with what was at first believed to be strep throat about nine to ten weeks ago. Eight weeks ago, he was informed that he has Leukaemia and was admitted to the hospital immediately for chemotherapy. Nick has endured two rounds of chemotherapy, and received blood, platelet, saline, and antibiotic infusions. These have all failed to put Nick into remission. Nick's white cell blood count is too low for another round of chemo, and has been sent home as antibiotics have been stopped and his immune system is compromised.

The outpouring of help and support has been amazing, but unfortunately a donor has not yet been found. And the race is at a critical stage.

Here are the essential facts you need to know to support Nick:

Colleagues of mine are also helping to spread the word for Nick:
Mark Frederickson - the official update spot for all the latest information
Len Devanna
Storagezilla
Polly Pearson
The Storage Anarchist

Please pass this information along. The farther we reach, the more we can help!

This past Saturday, I had the pleasure of attending (for the first time) the 30th Simmons School of Management Women’s Leadership Conference in Boston at the beautiful Seaport World Trade Center.

It was a beautiful day in Boston, and driving in to the conference, I didn’t know what to expect. These things can either go very well, or well – not. 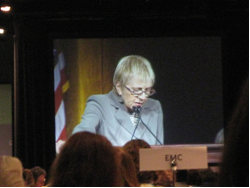 From the beginning of the conference, when Joyce Kolligian kicked things off with her opening remarks, I got the feeling that I was in for a treat.

She started the conference off by sharing with us some of the highlights of the day, why we were all together and of course, got in some plugs for Simmons College  - can’t blame here there! After all, they’ve put this great event together! 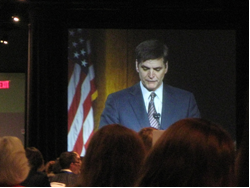 The opening speakers were all good, but I have to say that I was most impressed with EMC’s Bill Teuber and the information he shared with the group. I’ve personally never met Bill before, but would like to after having heard him share his story of why diversity is important at EMC. He shared his belief that diversity doesn’t happen on its own, but rather takes commitment from the top down, and I couldn’t agree more. Being the father of three girls, Bill shared with the group how women have influenced his life. It was great to hear his personal story, his connections and how he fits that into work at EMC.

My favorite quote of the day also came in the opening remarks:

You're here today because someone believes in you, so believe in yourself. 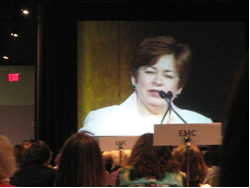 Create an environment where great things can happen

Maxine Clark, founder of Build-A-Bear Workshops, held the honor of the first conference-wide speaker session and shared her story with us. She shared her dream of starting the Build-A-Bear Workshop and how she was able to achieve that success. The most important lesson from Maxine is of course, to believe that you can - and then work to make that happen! I love the fact that her Board of Directors is comprised of a group of 5-13 year-olds! Talk about putting the right folks on the board! 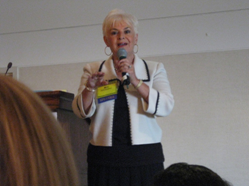 The stress management session with Mimi Donaldson was a great session covering ways to reduce stress by releasing the need for control and realizing when you’re in the midst of a “freak out” and stopping it from escalating. Mimi’s fun sense of humor in dealing with situations, and sharing examples of her own stress triggers made this session one of the best, in my opinion! Charlayne Hunter-Gault provided the after lunch keynote address to the group, sharing her experiences in childhood and adulthood and how they have impacted her. She started and ended by telling us all, that there has never been a time like this, and that we have the opportunity to truly make a different.

My favorite story of hers was when she shared a childhood memory of how poor her school was – The school was segregated and didn’t have enough money to even buy basic supplies, so each year, there was a fund-raising effort for the school. The coolest part for the students was that the student whose family raised the most money got to be “king” or “queen” until the next fundraising event. It just so happened that one year, it was Charlayne’s family that raised the most money. She recalled being so excited to be “queen” and described herself as insufferable to her family and classmates. But, that memory of being “queen” and knowing that people believed in her led her through many tough times, and allowed her to face obstacles that might have otherwise been intolerable, namely her time at the University of Georgia , when the school was wrought with racial tensions. 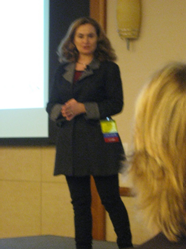 Annie McKee, founder of the Teleos Leadership Institute, shared with the group how to become a more resonant leader, believing that successful resonant leaders motivate employees and make for a more successful organization. McKee said that great leaders are those that move us to find meaning and change, and that they touch our very core in the way no one else can. They do not have to be well-known or famous, they just have to speak to us in that unique way that helps us find a new way of seeing ourselves and what we’re capable of achieving. She also said that in order to be a great leader, one must be a complete human being capable of engaging with others, seeing them and acknowledging them. 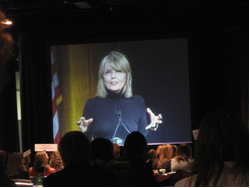 A memory is when your heart takes a picture

The closing remarks came from actress Diane Keaton, and I have to admit that this was by far, my favorite session of the day for a multitude of reasons, but the one that tops the list was the truly heartfelt and inspirational way in which she delivered it as though she were talking to a group of her best friends, at lunch at a nice restaurant somewhere.

Diane’s talk centered around memories of her life and her mother, whom she just lost last year. There were moments when she shared stories with us, and you could see the tears well up in her eyes, and you could look around, and it was hard to find a dry eye in the place. She shared home video footage, personal photographs, and stories galore of how lucky she was to have a mother in her life that supported her and her dreams. She attributes all of her success to her mother’s support and love and belief in her.

She shared how she’s had issues and challenges along her journey of 63 years - issues with intimacy that prevented her from being a mother until she adopted her two children at age 50 and 55; the natural worries of being a good mom to her own children; issues with her own image and self-perception, thinking she wasn’t good enough or smart enough or you name it, stating that “perfection is the death of creativity”; issue with the stigma associated with age and how culture believes that you’re only vibrant and creative when you’re young. She believes creativity, curiosity, awe, and wonderment all add up to vibrancy – and she has never felt more vibrant than she does now at 63.

She shared with us how she felt when her father shared with her, just before he passed away that he had always hated his job and now regretted that he had stuck with it all those years, all the while hating it.  Her advice “Make work play” and enjoy what you do, do what you have a passion for. I’ve gotta say, I couldn’t agree more! Thank goodness I’m doing just fine in that department!

Throughout all of her experiences, one thing she treasures is how her mother always took pictures, which she loves to reflect on. During one particular Thanksgiving, Diane’s sister Dorrie was lamenting that she had to do the dishes, and her mother’s response was that it “makes for memories.” As the conversation progressed, Dorothy Keaton Hall shared with her children my second favorite quote of the day: “A memory is when your heart takes a picture.” Indeed, I have a few pictures in my heart from the day.

All in all, the conference was fantastic, and I cannot wait for next year!!

How about you? Did you go to the conference, or do you have thoughts on the topics I shared? I’d love to hear them!