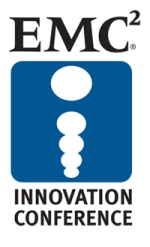 Yesterday I had the absolute pleasure of attending EMC’s Third Annual Innovation Conference at one of our facilities in , Mass organized by friend, fellow blogger and social media enthusiast, Stuart Miniman(who did an amazing job pulling everything together!!! Kudos Stu!). This was my first Innovation Conference and I have to say that I cannot wait for next year’s!

From the moment I arrived, people were abuzz with the excitement of being in the midst of so many talented individuals, as well as anxiously awaiting the news as to whose idea had won the both the Innovation Showcase awards, as well as the naming of this  year’s prestigious Distinguished Engineers and EMC Fellow. A big congrats to all of the folks who achieved these honors and won awards yesterday!! 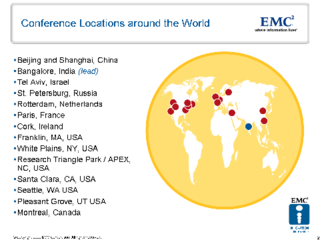 It was truly a worldwide event with people from all over the world participating in idea submission (there were over 1,400 ideas submitted!) and the conference itself both on local levels and globally. It was also very neat to see how diverse the teams of submitters were – folks from all over the company were coming together to collaborate on innovative ideas to improve EMC products and services for our customers, as well as introduce new ideas into the mix for what could become new products one day. One of the neatest moments of the conference was when folks all over the world connected live to EMC Sr. VP and CTO Jeff Nick to hear the award winners announced. Another highlight of the conference was that I loved meeting so many folks that I've talked to over the years on EMC|ONE, Twitter, or any other online tool in person for a change! It felt like getting together with a bunch of old friends. How great!

I also had the pleasure of participating on a panel moderated by Rob Masson along with Distinguished Engineer Steve Todd, NAS Advanced Development Manager John Cardente, and Ionix Technologist in the CTO’s office Ronen Artzi around “How we innovate at our local centers across EMC.” We discussed such compelling questions as “Are there areas within EMC or technology in general, that you feel have the greatest potential for innovation, and why?” and “Why is innovation important?” We all agreed that innovation is a key element of any successful company looking to stay in the game. We also discussed ways in which innovation can be enabled by social media tools and how they can connect you to people that you would not have otherwise met, but share similar passions, interests, and can help you propel your innovative ideas forward. Social media is a good way to both meet new folks, as well as carry on the conversation after an event such as the EMC Innovation Conference. In fact, our internal community EMC|ONE is very much abuzz today with folks talking about the conference yesterday.

The passion, creativity and drive of all of the folks that submitted the over 1,400 ideas to be considered is so humbling and awe-inspiring for me. It’s hard to put into words what a feeling of pride there was in the room as we sat there together talking about what an innovative company EMC is, as well as how we continue to propel the notion of innovation forward and make it a 365 day event instead of a once a year gathering! More on that soon, I’m sure, but what an exciting opportunity we have before us! Overall a great time had by all! As I said, I can’t wait til next year!!

Posts by Fellow Bloggers (will be updated as more posts are published):

Multi-media from the conference:

A few photos from me @ the Franklin Event

Executives on Innovation at EMC

Dealing with the Enterprise 2.0 and social media critics and naysayers 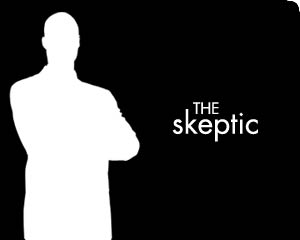 Recently, a similar discussion came up among members of the 2.0 Adoption Council, and I shared my response with folks in the discussion, and decided to blog on it finally, as I’ve been meaning to for a really long time!

When we started our community endeavor over two years ago, our success measure was never to have 100% adoption, but rather to build a community of value for employees passionate about collaboration. Once we had several hundred passionate folks engaged and getting value, we continued to work and evolve the community so that it not only continued to provide value to the existing community members, but the hope was also that as the value grows, it would also persuade others to check out the community, join, and contribute. We also actively seek to gather and share success stories, use cases, etc. and post those within the community, as well as include them in our presentations and informational sessions on the community.

In my opinion, the most important thing that we've really tried to do, which has made a world of difference, is that we've tailored our message to each individual group in terms of use cases and how they can get value from the community. We go into every single meeting with the WIFA (What's in it for the audience?) question at the forefront of our presentation for the stakeholders of that meeting. We learned very quickly that if you tailor the message to their very specific needs, and pinpoint their worst pain points and address how the community can help with some of those issues, it goes a long way towards persuading them to at least give it a try.

The second most important thing we've done is be honest about the level of commitment required to get a community up and running, as well as sustain it long-term. It's not easy. It doesn't happen overnight. And just because you build it, doesn't mean they'll come! Being honest with each group about the level of commitment required to build and sustain a community and emphasizing the fact that it's a long-term effort to build a successful community has worked wonders for setting expectations.

Some additional advice I shared at my PodCamp session has helped me a lot in meetings and conversations with folks who are skeptical about the value of an Enterprise 2.0 initiative: