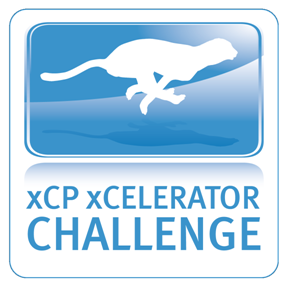 Show off your xCP chops and share your creations to help the xCP community build powerful solutions more quickly. Enter a winning xCelerator and you can share in the $50,000 prize pool!

What is the xCP xCelerator Challenge?

The xCP xCelerator Challenge is a contest that invites EMC Documentum customers, partners, and employees to submit working xCelerators to the xCP xCelerator xChange, a library of xCelerators contributed by the xCP community. The entries will be judged by the community and a panel of experts, and winners will share a $50,000 prize pool.

What Is An xCelerator?

An xCelerator is one or more assets that can be used to accelerate the creation, adoption, and/or implementation of an xCP solution. An xCelerator is not necessarily a complete, running application; instead, it is intended to hasten application development by providing key pieces of functionality.

What Types of xCelerators are Eligible for the Challenge?

For this Challenge, we're looking for executable (working) sample applications or single-purpose xCelerator assets. See the Judging Criteria for a complete description of the contest categories.

The Challenge is open to all Documentum customers, partners, and employees.

Each submission must be in one of three categories:

We're looking for submissions that are executable or deployable to a working xCP application. That means xCP Design Patterns are not eligible for this contest (although you're encouraged to contribute those as well to help raise your community status).

What are the Prizes?

One cash prize will be awarded in each of the following categories:

Plus, each of the three winning teams will receive one conference pass plus expenses to participate in an expert panel at the next EMC World, May 2011 in Las Vegas (total of 3 passes).

Network with others across the entire EMC Documentum Developer Network!!

Sounds Great! How Do I Enter?

See How, What, and When to Submit your xCelerator

Had an absolute blast catching up with Thomas Jones (aka @Niketown588) last week along with social media cohorts @LenDevanna and @ThomLytle. Check it out and let us all know what you think! 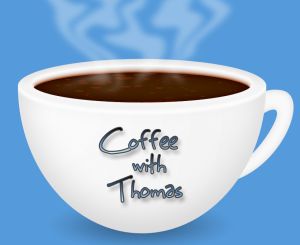 This weeks special guests are Jamie Pappas (@JamiePappas), Len Devanna (@LenDevanna) and Thom Lytle (@ThomLytle). Jamie is the author of Social Media & Enterprise 2.0 Musings. Len is the author of Confessions of an eBiz Junkie. All three are the maestros of social media integration at EMC. Tune in and listen to this special podcast as Jamie, Len and Thom give us insight into:

You can subscribe/listen to Coffee With Thomas via iTunes.

Join EMC in the Social Space!

Explore Our World of Communities

In Memory of Ada Lovelace - Congrats to Women in Technology & Science! 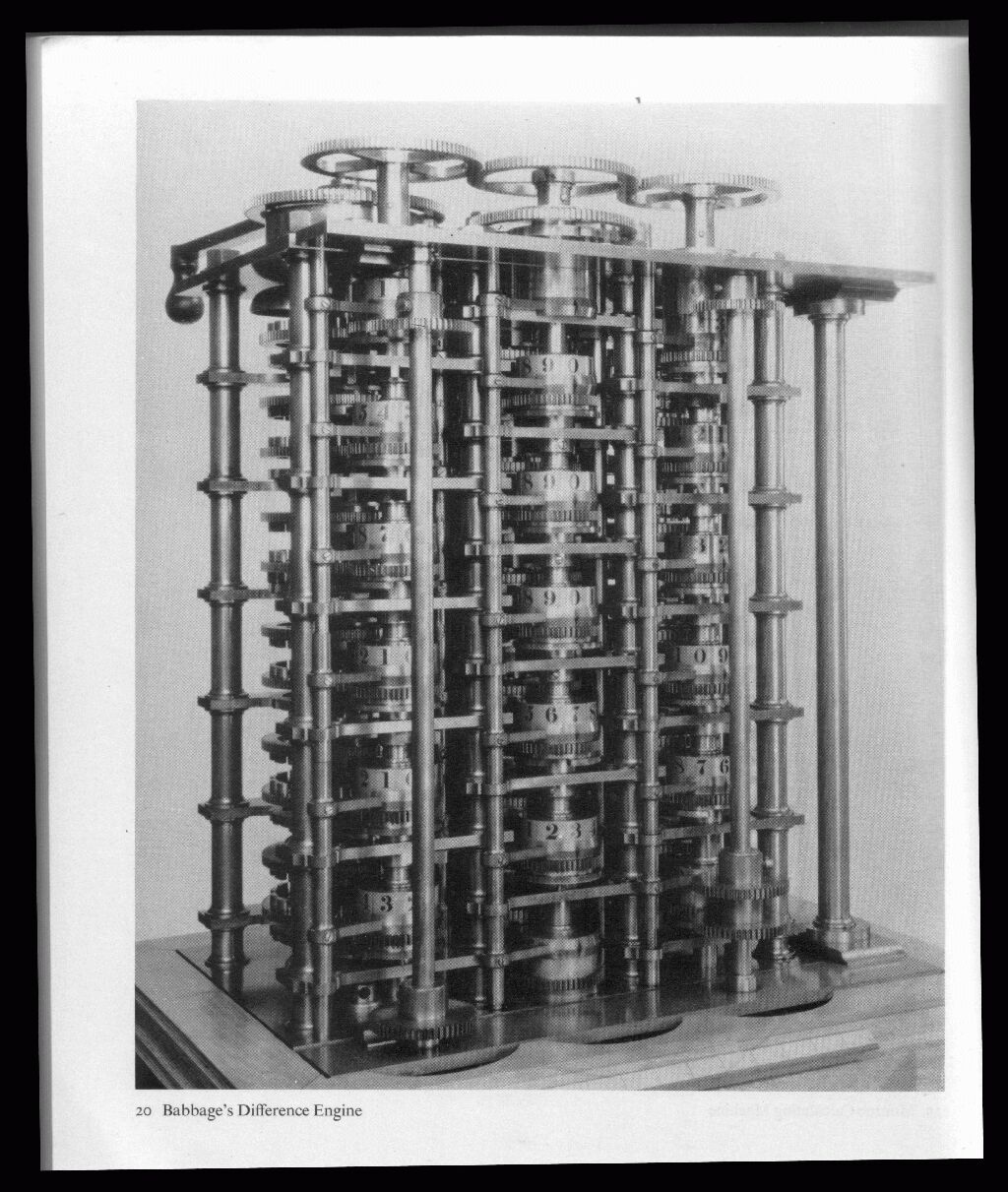 So, I've been hearing about this mystery lady today named Ada Lovelace, and decided that I needed to find out more about her and what she's all about. The cool thing is, I found out some pretty interesting stuff, and it's essentially thanks to her early work and thinking that it was possible for me to do so, all in the comfort of my home on my laptop.

As it turns out, Ada was an English writer who came to be known for her work on Charles Babbage's early computer, dubbed "the analytical engine." Her notes on the engine, which was not yet even built (can you even imagine reviewing the plans for the machine on the left and making sense of them?!), include what is referred to as the first algorithm to be processed by a machine. Due to this work, she is referred to as the world's first computer programmer. Ada also believed that computers could be used for more than calculations and numbers functions, from scientific research to composing music and producing graphics -- and here we sit today! 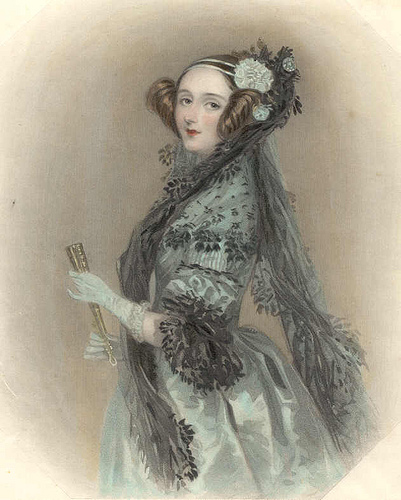 Interestingly enough, I read in one article that the U.S. Defense Department named their new standardized computer programming language "Ada" on December 10, 1980, Ada's birthday. It is said that her image can be seen on the Microsoft product authenticity hologram stickers on Microsoft products.

Another fact that is interesting to me, as an English major in undergrad, is that her father is poet Lord Byron and one of her friends was Charles Dickens.

March 24th is now the day that many refer to as Ada Lovelace Day, a day to celebrate the achievements of women in technology and science.

For a quick overview of Ada Lovelace and her life, take a look at this presentation by Andra Keay, who says:

Ada Lovelace (for schools) on Prezi

Thanks, Ada, where ever you are, for paving the way for women like us!